The ocean covers 70% of the planet’s surface and is an almost unlimited source of energy that today is barely utilized. World Power Energy has found a unique solution that creates large surpluses of energy by utilizing the interaction between gravity and buoyancy in water.

WAPO power is the result of groundbreaking technology based on classical physics, but used in a new and unique way.

Archimedes’ law can be expressed as an equation that relates the buoyancy force to the product of liquid density, gravity and the volume of the submerged object, and is formulated as:

“When an object is completely or partially immersed in a liquid, a force from the liquid will act on the object. The force is directed upwards towards gravity, and has a constant magnitude that corresponds to the weight of the liquid that has been displaced by the object ».

The exception to Archimedes’ law
The team behind WorldPower Energy has, as the first in the world, confirmed and proven a practical use of an exception from Archimedes’ law which states that pressure can be removed.

The underlying physics Worldpower Energy’s energy machine, WAPO, is built on is based on this exception from Archimedes’ law.

The principle the exception is based on, the company in its project has managed to put into practice by combining solutions with pressure differences and precise and correct construction into an energy machine. The exploitation of this exception allows us to create net energy from the pressure in water.

Through the company’s solution, potential energy is transformed into mechanical energy, and further into electrical power – WAPO power.

It is Gagi Peskovic, mathematician, physicist and technical manager in the company Worldpower AS, who has derived the mathematics that confirms the exception from Archimedes’ law.

World Power Energy´s unique solution creates enormous surpluses of energy by utilizing the interaction between gravity and buoyancy in water. 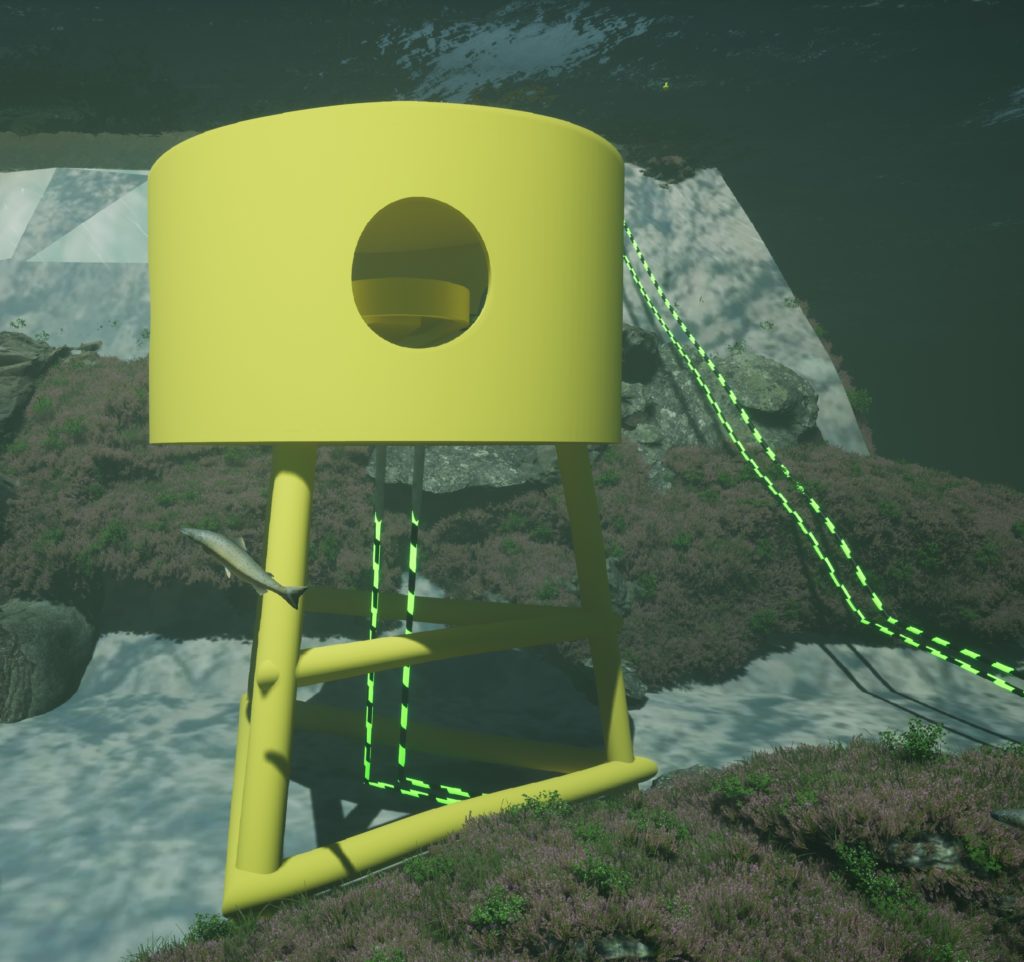 For a start-up company that develops new technology, there must be a basic understanding that a number of more or less complex processes are carried out, also called problem solving. Problem solving is analyzing and transforming a problem, solving it and assessing its validity. This is an ongoing process in any business engaged in research, technology development and inventions.

For Worldpower Energy, the starting point in the technological development was a buoyancy machine. An energy machine that could produce electricity using gravity and buoyancy in water.

The construction of the buoyancy machine could be broken down into combinations of unique solutions, which among other things consisted of an unexplored part of physics, an unknown but decisive factor in producing excess energy from the buoyancy machine.

The company’s technical department had a hypothesis about this unknown factor, and therefore great focus was placed and a lot of resources were allocated on testing this hypothesis using a prototype (in test scale). Using creative methods and systematic research, combined with the development of the prototype, in the period 01.09.2020 to 01.10.2021, the technical department finally confirmed the hypothesis that resulted in the proven exception from Archimedes’ law, November 2021.

Then, the prototype was further developed in such a way that the exception from Archimedes’ law was used in practice, for electricity production.

Further testing and optimization through out the spring of 2022 gave indications that the construction of the buoyancy machine could be simplified and reduced to a separate and less complicated power-producing unit. This is what we know today as Worldpower Energy’s energy machine, WAPO.

From the 7th. of January 2021, the company owns the exclusive right to the WorldPower Energy® trademark, which includes both the name and logo in its entirety for the goods and / or services trademarks registered for.

The energy solution of the future

With the possibilities of World Power Energy´s innovative energy solution
our value propostion is to be a recognized, important and leading player in the global energy picture,
with fertile ground for creativity and innovation, rooted in sustainability.
The company’s goal is to become the world’s most preferred supplier of installations for power generation,
to be a leading supplier of renewable energy and be at the forefront in terms of
optimization of zero-emission electricity production globally.

Stay up to date on the latest news from WorldPower Energy

By entering your email above and clicking “Submit”, you agree that we will send you updates on the development of the project and that we use your email to do so. Read more about our privacy policy.